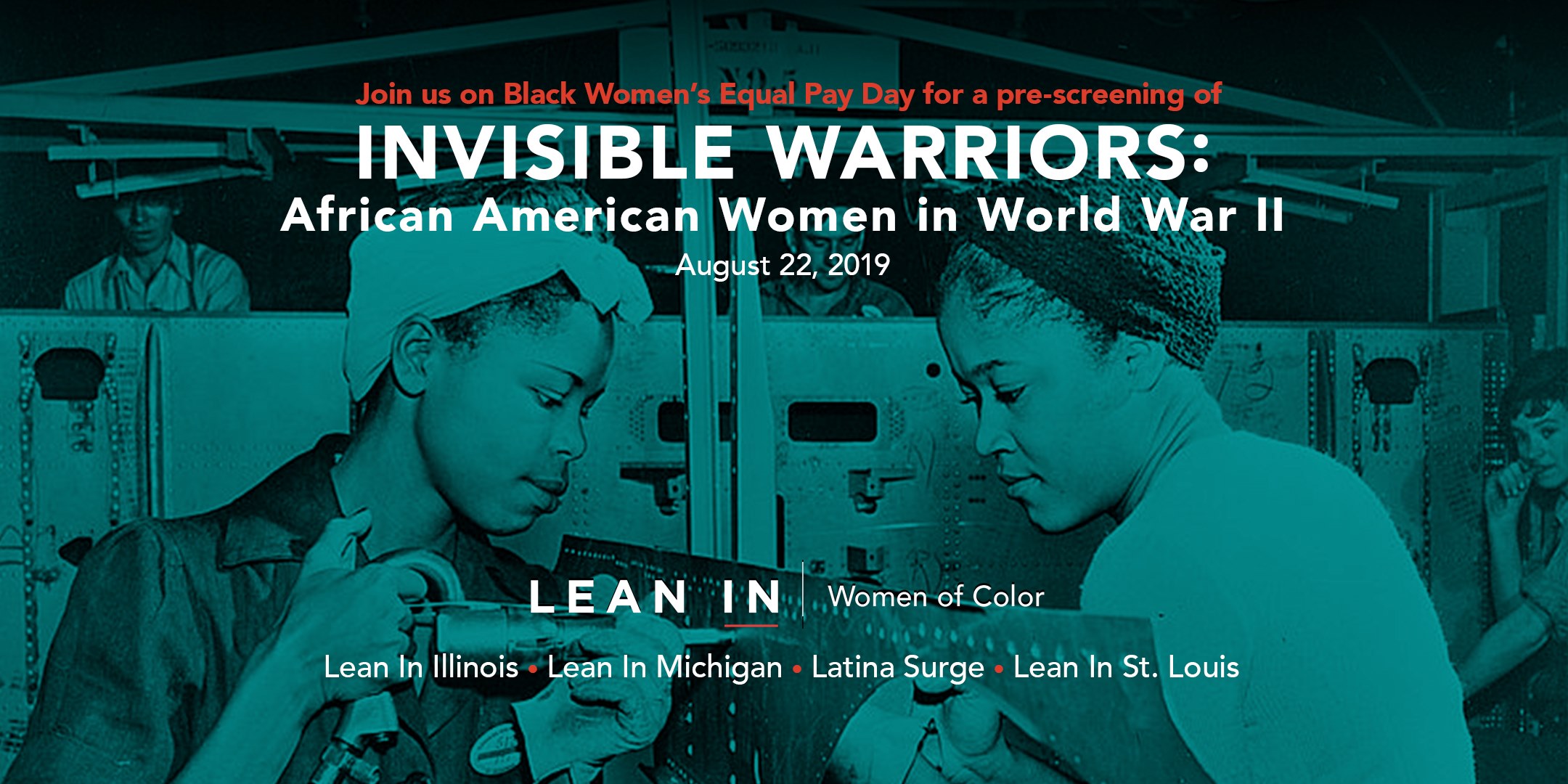 The film is an unforgettable conversation among a diverse group of African American “Rosie the Riveters” who recount what life was really like during World War II. They are hard working underdogs of high character who do battle and win. They fled lives as domestics and sharecroppers to empower themselves while working in war production and U.S. government offices.

These patriotic pioneers share their wartime memories, recounting their battles against racism at home, Nazism abroad, and sexism everywhere.

They represent 600,000 women like themselves who overcame the Great Depression, Jim Crow, sexual degradation, and workplace discrimination to break gender and racial barriers.

Black “Rosie the Riveters” were part of a sisterhood of 20 million women who built America’s “arsenal of democracy.” Without all of these women, the United States could not have won World War II.

Join us on Black Women’s Equal Pay Day to learn their stories.

The documentary screening is in partnership with Lean In Women of Color and will be held simultaneously in 4 cities across the U.S.