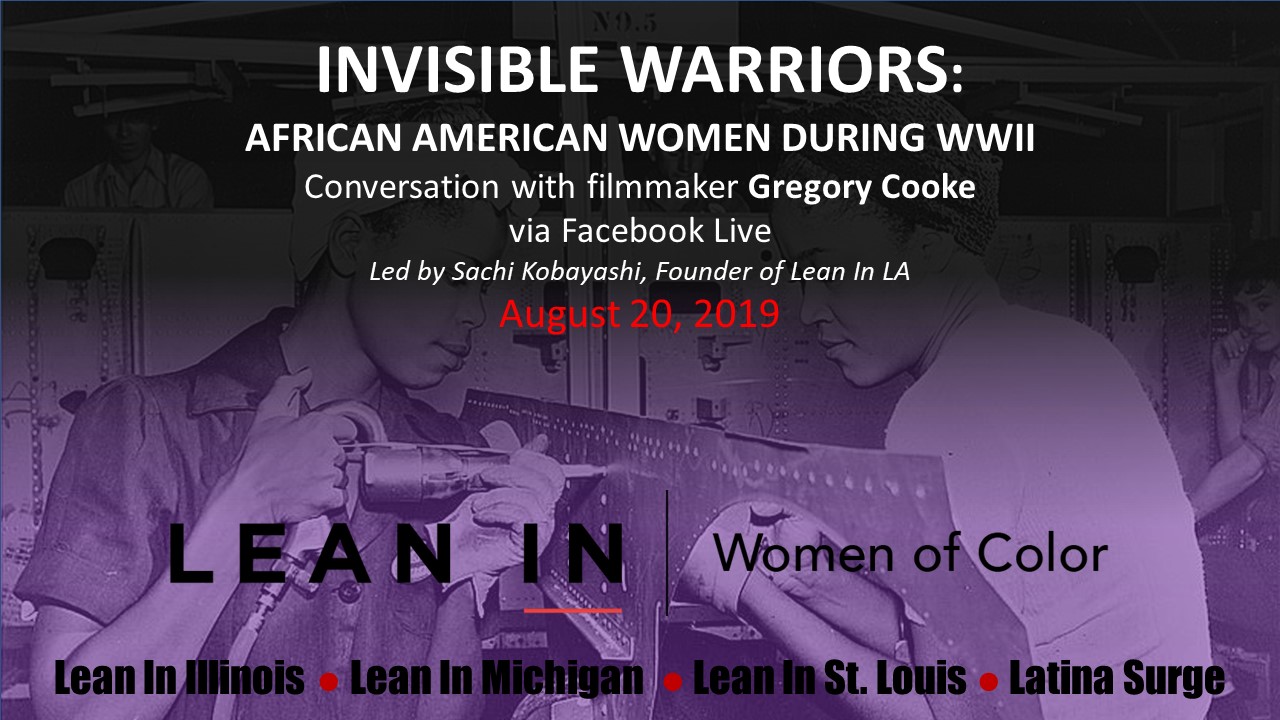 In partnership with Speak Truth Summit, The Impact Alliance NFP, The Chicago Council on Science & Technology and Studio B Entertainment for our BWEPD Programming.
>>>>>>>>>>

With a coalition led by Lean In Women of Color, Lean In networks such as Lean In Illinois Lean In Michigan, Lean In STL and Lean In Latina Surge located in Jersey will be hosting a prescreening of “Invisible Warriors: African American Women in World War II”.

Invisible Warriors is an unforgettable conversation among a diverse group of African American “Rosie the Riveters” who recount what life was really like during World War II. They represent 600,000 women like themselves who overcame the Great Depression, Jim Crow, sexual degradation, and workplace discrimination to break gender and racial barriers.

Leading up to Black Women’s Equal Pay Day on August 22nd, Sachi Christine Kobayashi, Founder of Lean In Los Angeles is sitting down for a live Q and A with filmmaker, Gregory Cooke.

Join us for this special event!

Tune in at http://www.facebook.com/groups/leaninwomenofcolor
>>>>>>>
Also, we appreciate the support of coalition partners ChicagoNowow and YWCA Metropolitan Chicagopolitan Chicago. Learn ways they are closing the pay gap in an up and coming episode.