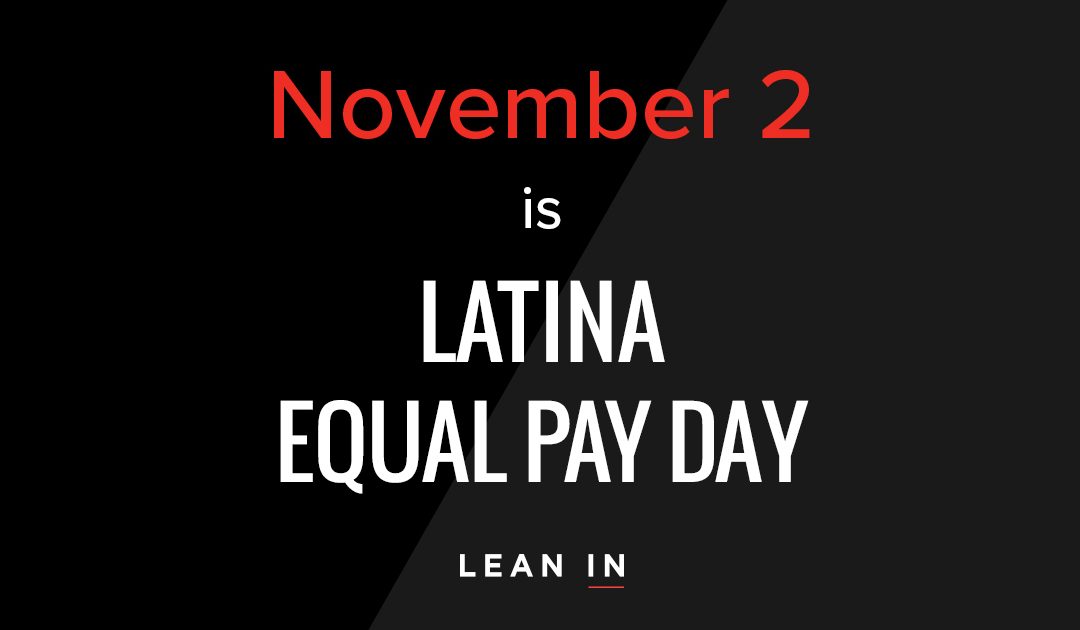 Today for Latina Women’s Equal Pay Day 2017, Lean In St. Louis asked two of our members, who also happen to be Hispanic/Latina women, their thoughts on equal pay, being Latina in today’s society and how we as women can close the pay gap together.

Tell us a little bit about yourself and your career path.

I currently work as a Learning and Development Consultant in St. Louis, Missouri. Prior to that I worked in international sales, project management, and marketing in manufacturing companies, non-profit associations, and universities.

My career has been a series of very curvy loops, detours, and occasionally a straight line. I sometimes felt like I wasn’t moving quickly enough toward my goals. But today I realize that many of those seemingly aimless times were providing skills and perspective that I was later able to use to my advantage.

Is there someone along the way who has inspired or mentored you?

My mother and grandmother. Both were born and raised in Mexico, in a culture where women had fewer career and personal choices than men. Both were hard workers who believed in themselves and made sure I believed in myself, too.

What do you believe is the reason there’s still such a large gap in pay based on gender and race?

I believe many of us are raised within social systems that limit women’s exposure to successful female role models and twist the notion of a strong, ambitious woman into a negative (using words like Bossy, Aggressive). A lot of people are still learning about gender and racial bias, so progress is slow. But organizations like Lean In are making strides to educate people and reduce the financial gaps, and I am inspired by seeing women around me learn new patterns and improve their relative pay.

What do you recommend to women around you, to increase their chances of receiving fair pay?

Do your research, and NEGOTIATE.

What would you tell your younger self, knowing what you know now?

Recognize your value and contribution to the organization where you work. Appreciate your unique life experiences and perspectives, which make you different from the people around you, because those differences can lead to meaningful contributions. 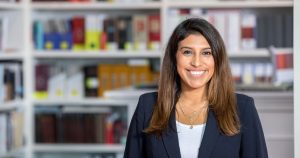 Tell us a little bit about yourself and your career path.

I work in the architecture industry, focusing on business development and strategy, leading complex initiatives that support the growth and development of my organization. One of my favorite parts about my job is I have the responsibility of identifying opportunities internationally since my company operates in different countries. This has given me a different perspective about our global connections as organizations and people, and how important relationships are, even in today’s technology-driven society.

Is there someone along the way who has inspired or mentored you?

I have been fortunate to have had strong women in my family, who have consistently shown me examples of perseverance, ambition, personal growth, and the power of support. Their stories inspire me. For example, both my grandmothers’ come from different countries, Germany and Mexico. I listen to their stories and it is truly inspiring to see how far we have come as women. I hope generations from now, that the story will only continue to tell a brighter future.

I have also been extremely lucky to have had two professional mentors and sponsors, both women, who have helped me throughout different parts of my career. Their experience and perspective have been invaluable. The amount of insight and support I have received from them has helped me grow to the position I have today. And my hope is to pay this forward to younger associates and other women in my field.

What do you believe is the reason there’s still such a large gap in pay based on gender and race?

Unfortunately, even in 2017, everyone has a bias. For many people, this is subconscious and deeply rooted. We have traditionally had a patriarchal society and only recently, in the past few decades, have leadership taken action to recognize inequality and attempt to correct it. And it isn’t just men who think differently about women, but also women who think differently about women. The problem lies in the fact that change takes time, and even though we have made strides as women, changing society’s perception will take time, energy and support from women and men.

What do you recommend to women around you, to increase their chances of receiving fair pay?

Talk to each other and learn from one another. I think people, in general, are uncomfortable discussing negotiation and annual performance reviews. But I have found, the more I talk to other women in my network and at Lean In circle meetings, the more tips I learn, and the more confident I become in my own negotiating skills.

Women on average are paid 20% less than men, and Black and Hispanic women are paid even less. Do you have any advice or experiences you’d like to share that might help someone worried about entering the workplace and experiencing this disadvantage?

Don’t let the lack of diversity discourage you. There will be many times where you will be the only minority or woman in the room, and you may find it hard to speak up. Instead of just contemplating speaking up, just do it. It will be scary the first time but once you do, it will get easier and easier.